Announcement of the invitation to the Annual General Meeting for the financial year ending June 13, 1397, the Insurance Industry [...]

It is hereby announced that the General Assembly of the Annual General Meeting (the second turn) was formed by the shareholders of the Insurance Industry Investment Company (Joint Stock Company) on 11/11/2013. The summary of the decisions of the Assembly is as follows: 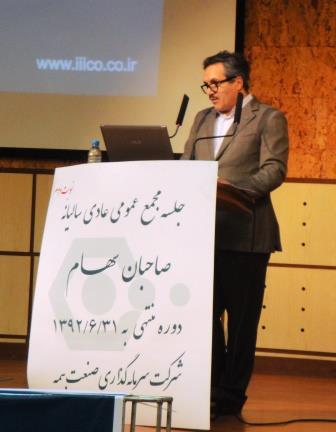 b) The audit firm was selected as the principal auditor and auditor of the company for the fiscal year 93.

c) The Information and Economy World Newspaper was selected as a mass-media newspaper for the listing of companies in the fiscal year-93.

d) The right to attend non-executive members of the Board of Directors for the amount of 7,000,000 Rials (Gross) was approved.

e) Cash profit of each share is divided into 50 rials.

f) 250 Million Rials (Gross) were approved by the Board of Directors as rewards.

g) The following board members were elected for 2 years and as follows: